A March Madness Gameplan for Dads Plus a FREE Giveaway 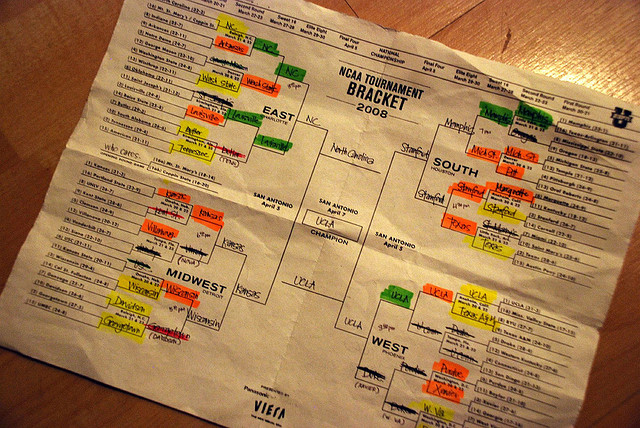 March Madness is officially here!  I am not sure who came up with that name, but no other month lives up to its name like March Madness.  Excitement, emotion, and sheer madness fill this month for many sports fans and their families.

College basketball teams are preparing to make a run at the NCAA college basketball national championship.  Fans are studying and preparing in hopes of creating the perfect bracket.  Pundits are talking about this year’s bracket busters and Cinderella teams.  Die hard fans are getting their gear ready to represent their alma mater and favorite team.

Getting ready for a great run

Just like everyone else, I am gearing up for March Madness.  I am looking forward to enjoying it with my family.  In celebration of March Madness I am introducing a series of posts for dads.  The series is titled,

March Dadness:  Preparing Dads to Make a Championship Run in Fatherhood. [Tweet this]

So, as you follow your March Madness brackets, and cheer your team on to victory, you can also follow my March Dadness series, and lead your family to victory.

What you can expect from March Dadness

March Dadness can be your game plan for great relationships with your kids.  Each post will run in conjunction with a major round in the NCAA tournament.  As the tournament goes deeper, so does March Dadness until that “One Shining Moment” is reached.  Four posts will run during the tournament.  Each with great tips and ways to be a better dad.

How to get involved with March Dadness

Every dad has learned something that has helped him to become better at being dad.  Share your March Dadness tips in the comment section below.

You can also join the conversation and share your tips on Twitter, Facebook, or Google+.   Use the hashtag #MarchDadness when you do.   I’ll be including this hashtag through the month while, tweeting, facebooking, and G+ing.

You can also subscribe to my updates so you do not miss any of the March Dadness series posts.  And do not forget the other dads out there.  Share this series with them.

To enter and give yourself a chance to win a FREE online program, you must take the following actions: