Exposing A New Generation to the Great Jackie Robinson 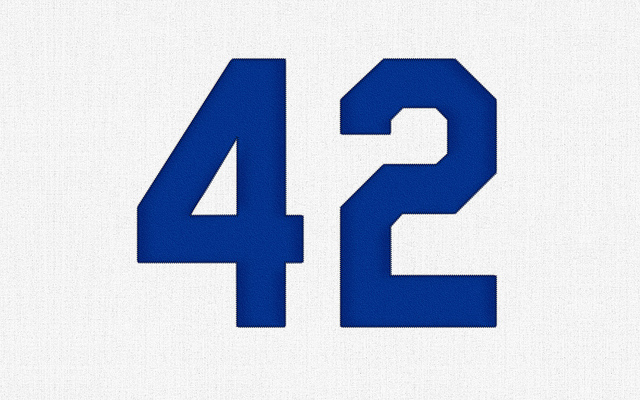 Jackie Robinson Day was celebrated this week in baseball.  April 15, 1947 Jackie Robinson played in a Major League Baseball game.  The first African-american to do so since prior to the 1900’s, opening the door for the integration of pro baseball.  That day, that game, was a game changing moment for sports and life in this country.

My dad, Jackie Bledsoe, Sr. was one month shy of his 5th birthday when that game was played.  Much like I did growing up, he, and his brothers, loved the game of baseball.  I can only imagine the excitement and thrill he had knowing an African-american baseball player who shared his name was doing something so great!

Sharing Jackie’s story and impact with a new generation

Thanks to Jackie Robinson Day, the internet, and the new movie ,”42″, I have plenty of resources to share with my son.  It excites me to learn more about him, and share it all with all three of my kids.

Every kid playing baseball, or any sport, should be familiar with Jackie Robinson, what he went through, his accomplishments, and how he impacted so many different things.

This week in my latest CoachUp blog post I shared some of this, discussing why it is important for this generation to know more.  Below is an excerpt of the post.

Jackie Robinson was a Hall of Fame Baseball player.  Many people know he was also great at football, basketball, and track, as he lettered in four sports while in college.  But what sets him apart, on top of his great athletic ability, was great courage, and unfathomable self-control.

Perhaps an ignorance of Jackie and what he went through is part of the reason many athletes have many off the field issues.  Young athletes today should remember their character is more important than their success in sports. [Tweet this]

Click here to read the full post, and to join the conversation taking place on the CoachUp blog.

Question:  Have you gone to see the move, “42”, with your kids?  Please share how it impacted you or your kids.