The REAL Secret to Success and Achievement 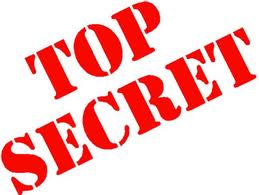 I am not a big fan of the film “The Secret”, which was one of the biggest selling DVDs the year it was released (2006).  I do believe that our thoughts are powerful, as everything that was ever created by man, or woman, originated in our minds.  However, once a thought is conceived some action has to be taken.  Many times the action(s) have to be done over and over again, in spite of difficulty or opposition.  This to me is The REAL Secret to Success and Achievement…PERSISTENCE.

per•sist•ence = Noun: Firm or obstinate continuance in a course of action in spite of difficulty or opposition

When you persist you develop character.  Your character is almost like a muscle.  When you continue to lift weights your muscles are broken down and recover better and stronger than before.  The result is you are able to lift heavier weights.  When you run you are able to run longer and faster when you continue to do so.  This is what happens to our character when we show persistence.  We get broken down, but we recover better and stronger.

Something extraordinary happens when you continue to persist and press through something.  The way you look at things seems to be altered, your expectations begin to exchange as you see yourself getting better.  We have an increased level of hope, that now puts us in “no quit” mode.  This new sense of hope provides energy that may not have been there before, and enables you to keep going.

You Become a Problem Solver

When there are no problems it is easy to do things, but when problems come about it becomes more difficult.  When you show persistence you force yourself to solve problems.  You understand that you cannot reach the next level or attain your goal unless you are able to solve the problems you are faced with.  Persistence brings this about.  You struggle and fail, but you get up and try it again until…….until you solve the problem.

Malcolm Gladwell, in his book “Outliers”, talks about what it takes to reach a high level of success, to become world class at whatever you do.  Through his research he determined that it takes 10,000 hours of work to reach greatness.  To work 10,000 hours on anything only happens with persistence.  As you persist the time you spend grows and grows.  Eventually you will reach this 10,000 hour benchmark.  My thoughts are if I am going to do something, then I might as well be the best I can be at doing it.  I might as well be world class.  Persistence will get you and I there.

You Become an Example

When your track record shows that you have faced difficulties yet continued on, that you focused on a positive outcome despite the lack of an appearance of one, that you figured out how to overcome obstacles, and you became great at something you then are a person that others want to learn from.  This is HUGE!!!

Parents, would it not be the greatest feeling in the world for your kids to call you their hero, even after they have grown up and have their own thoughts?  Entrepreneurs, what opportunities will come about when people look to you as the leader in your industry?  To those who value fitness, wouldn’t it be great to be able to influence and help a family member or friend improve their health and live a fuller life because of it.

I don’t know where you stand regarding the film “The Secret”, but I am confident that The REAL Secret to Success and Achievement lies in your willingness to be PERSISTENT.