Projects from the “Hood” and the “Mob” creating Hope 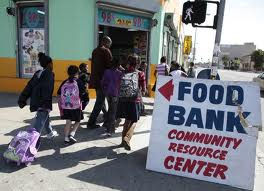 In today’s social media environment even the “Hood” and the “Mob” are doing good!  Over the past several weeks I’ve been following two very unique projects for social good that are giving the “Hood” and “Mob” a good name.  Two of the most radically creative individuals I’ve come across are engaging other people to join their “Hood” and “Mob” movements for social good.  To-date over 4,000 “generous strangers” have joined their teams. Combined, these social good projects have raised close to half a million dollars (roughly $490,000 at the time of this post) in a little over 90 days!

Who are the people behind these projects and what are the projects?

Pastor Corey Brooks, Senior Pastor of New Beginnings Church Chicago, has founded and planted churches from Chicago to Atlanta to Cape Town, South Africa.  He envisions changing people and does whatever is necessary to bring about change, Project H.O.O.D. is a perfect example of that.  Shaun King is no stranger to creative and innovative social good projects or to out-of-the box thinking.  He has founded nearly a dozen successful startups for helping people and his HopeMob project will soon be the next. 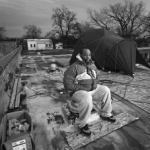 As I am in the process of launching a social good project soon, it is very encouraging to see other social good projects and it makes me want to get behind them.  I personally have backed both projects financially and socially.  Yet, what I have done is nothing compared to what Pastor Corey Brooks is doing.  Pastor Brooks has been living on the roof of an abandoned motel in a tent for over 90 days protesting violence.  In Chicago. In the middle of winter.  Alone.  I will be honest, I don’t believe I know anybody who would do that, including myself.  His heart for people amazes me and should serve as a reminder that this life is not about me.  He has committed to living on this rooftop until Project H.O.O.D. (Helping Others Obtain Destiny) raises $450,000 to purchase the motel.  They are currently at $365,520 (the day after I posted this, Tyler Perry pledged $98k to reach the goal!).   Once purchased it will be turned into a community center providing housing, commercial space for businesses, a technology center, performing arts theater, as well as  sports & recreation for the residents in the area.  This will be a huge benefit for the community as this motel was previously home to drugs, violence, prostitution, and economic hardship.  That will definitely help change the people of that community and hopefully set an example and trend that will happen in other communities.

The About Section on HopeMob’s site reads “HopeMob is exactly what it sounds like – a mob of people bringing hope.”  HopeMob’s focus is to bring people together to create relief and hope for those who need it anywhere in the world.  One project at a time, called a story by HopeMob, is focused on and mobbed until it creates or funds the desired outcome for the project.  Projects may range from helping a family who has lost their home and possessions in a fire, to a child with cancer that has a dream or wish that would bring hope and joy to them.  If you read Shaun’s bio then you know this project will utilize social media and technology as a huge driver.  HopeMob stories will be told on a highly interactive website and shared via social media, as well as iPhone and Android apps.  The project began by using crowd funding to raise capital.  A Kickstarter project was created and HopeMob was on it’s way.  Almost 1,000 backers have contributed and raised $129,423.  In around 45 days.  With social media fostering more growth of this “Mob”, hope and relief will soon come to people all over the world.

Both of these projects are examples of how social media and creativity is impacting today’s social good projects, as well as how we can all have an impact on bringing hope and creating a positive change in the lives of others.  I encourage each of us to look at what we can do to help those who need our help.  I believe if we are in the position to give or do something, then by all means let’s do it!
Question: What causes do you support?  Why have you chosen to support them?