I Thought, “I Could Be Dying…” 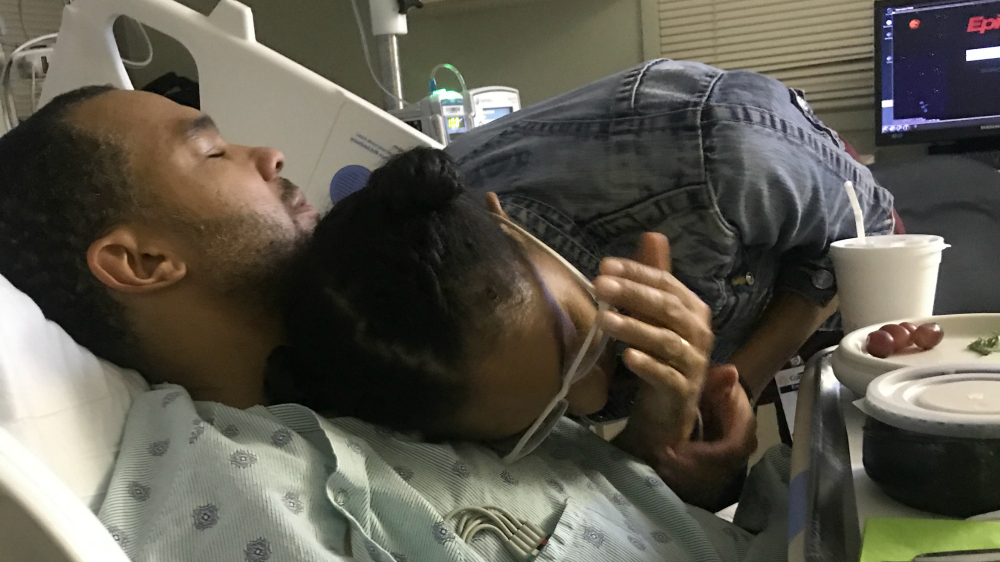 [callout]This post is the second of three that I am using to tell the story of the massive heart attack I had on Thanksgiving Day (2018). Click here to read Part 1 and Part 3.[/callout]

I knew something was seriously wrong and I began to believe it was life-threatening. It was and the next words the EMT said were, “You are having some sort of cardiac event.”

I heard him say the word, “STEMI,” which I later learned is a heart attack where a coronary artery is 100% blocked and the heart is unable to receive blood.

I learned after my procedure that the left anterior descending artery (LAD) was the artery blocked for me. That is the artery that supplies 50% of the blood to the heart.

Things were not getting better

At this point, I was in major pain which increased continually and felt as if it went from my chest through to my back. I remember feeling the need to keep fighting and to hang on.

I thought about my two sons who were in the house when it happened but were whisked out of the house so they didn’t have to see me going through what I was going through.

If I didn’t make it through this, I was at least going to fight and hang on long enough where I got to see them and they see me.

If I could just make it to the hospital

I felt if we could get to the hospital in time for them to do what they needed to do then I’d make it. I can remember the EMT in the back of the ambulance with me being calm but very urgent. He kept checking and asking the driver how far away we were.

He wasn’t doing much with me anymore. It was like he’d done all he could up to this point and he needed to pass me on to the next person–the ER doctors and then the cardiologist.

After reaching the hospital, things seemed to be stagnant. They prepped me and had IVs and continually checked my vitals. But they too had to wait to pass me on to the cardiologist.

That wait seemed like forever at the moment (in real time it was about 45-60 minutes from the time Stephana called 911 to the time I was in with the cardiologist). Stephana was there with me. So was our daughter, who had been there at the house and witnessed everything.

My buddy CJ and his mother (“framily”) were also in the room with me. They prayed and talked to me while we waited (which I forgot until Stephana talked to me about it after we were home from the hospital).

What if I really don’t make it

With it seemingly taking so long my mind went to that point where people don’t think they are going to make it. The “what if I am actually going to die” question popped into my head.

I felt that kinda…

How would my family make it

My thoughts were on Stephana, our daughter, and our two sons. I kept thinking about how devastating and how hard life would be for them without me. Stephana would have to single-handedly provide for our family.

But the hardest was she would have to raise three kids by herself who all of a sudden had lost their father unexpectedly. All while dealing with the loss herself.

As a believer in Jesus Christ, I knew I’d be fine. In fact, my days would be better when face to face with my Lord and Savior. I honestly felt terrible about possibly leaving her and our kids in such a tough situation. 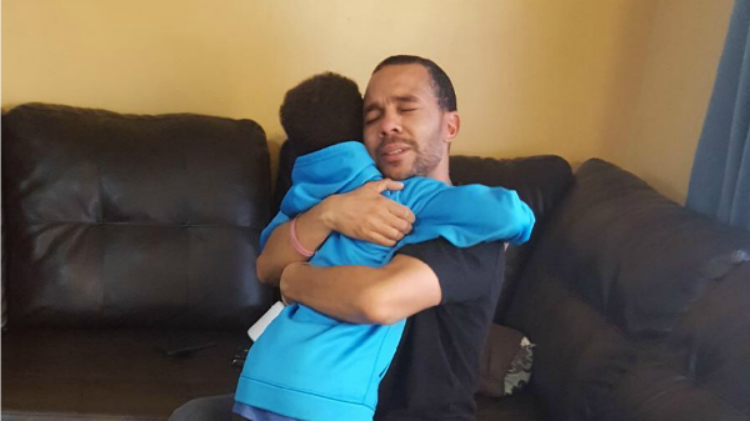 Not much matters when you’re dying

I realized later how when a life-threatening situation like that happens you quickly go from selfish to selfless.

When a life-threatening situation is happening, it’s amazing how you quickly go from selfish to selfless.

My focus was on them, which made me just keep enduring the pain and everything that was going on.

I remember being completely naked, except my hospital robe, and not caring who I was exposed to…just crazy as I know that robe was all open many times.

Finally, they took me in to see the cardiologist. There were two ladies (nurses I’m assuming) prepping me for him. I never remember seeing him, but he told Stephana I was talking to him. Laying on my back the last thing I remember was the nurse saying “I’m going to give you some happy juice” or something like that.

At that point, I heard the ladies talking to the cardiologist, but he never came into my view. As I mentioned earlier he told Stephana he was perplexed. Nothing confirmed a heart attack and I did not physically fit the description. The doctor planned to put a catheter in me and flush out any potential blockages.

However, I was in so much pain (he said I was writhing in pain and kept saying it was in my back) that he went deeper in his search and did a second cath. One cath was in my wrist and one in my groin.

At that point, he discovered the 100% blockage in my LAD and quickly went to put in a stent. I later woke up in my recovery room, which I don’t even remember if I was alone, with the nurses, or with my wife and daughter.

But I was alive, alert, and Stephana tells me I was feeling much better (as I should with a now completely open LAD artery). God spared me. He literally performed a miracle and orchestrated every step along the way.

From RN’s who were getting off planes a few hours before my heart attack to firemen to bathroom doors being locked, to skipped movie plans (Stephana was supposed to have a movie night out with the ladies — which meant I would have been driving home alone — but she decided not to go), to the best cardiologist in the biz choosing to work on Thanksgiving night when I had my heart attack.

What a mighty God we serve!

[reminder]What kinds of miracles has God done in your life? When was a time you saw Him orchestrating your steps for you?[/reminder]

[callout]This post is the second of three that I am using to tell the story of the massive heart attack I had on Thanksgiving Day (2018). Click here to read Part 1 and Part 3.[/callout]