How to Stop Fighting About Money 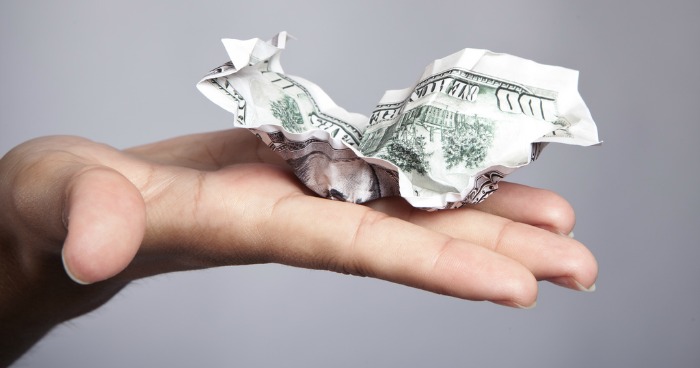 [callout]This is a guest post from Alex Craig. Alex is a blogger and founder of Have a Rich Marriage where he helps couples create marriages full of unconditional acceptance and emotional safety. You can find out more about Alex, as well as how you can have a rich marriage, on his blog. If you want to guest post on my blog, check out my guest post guidelines and submit your post.[/callout]

I was browsing Facebook while I should have been working last week, and I came across a post from one of my friends. The post was a meme and the saying said, “Marriage allows you to annoy that one special person for the rest of your life.”

At first I chuckled, but the more I thought about it, the more I realized how sad this post was. My friend’s post had about 40 likes and 3 shares across his Facebook, which meant a lot of people felt that the meme was true.

This meme reflected the thought of many married couples. Many of us believe that annoyances and arguments are a part of marriage.

This is like Shakespeare’s Hamlet: a tragedy. We begin with the noblest motivation, but by the end we think our only plausible solutions are the D words: Divorce or Death.

One of the areas in our marriages that causes the most arguments is our finances. I have always found that the solutions out there for not fighting don’t get to the root of the problem or prevent the argument.

Want to stop fighting or having disagreements about money? Great. It starts with understanding behaviors.

The Basics of Behavior

Fighting and disagreements are simply behaviors that occur in response to a certain cue because we want a certain reward. Whether you realize it or not, all of us have learned behaviors if given a certain cue.

For example, on a small scale this would be similar to putting on a coat when you know it is cold outside. Your cue is the temperature, your behavior is putting on the coat, and your reward is being warm.

You argue because your spouse triggered a cue, like overspending, and you think that arguing will bring you closer to your desired end result. So what are the basic money triggers?

Fighting about money comes from one factor: not having enough of it for the things that both you and your spouse want.

For example, when my wife and I would fight about money, I would always bring up how she would say taking a two-week European cruise down the Danube would be great, but then she would spend money on shoes or clothes.

We fought because I cared about traveling, while she cared about shoes and clothes more, and we did not have enough money to do both. So how do we get more money?

You have two options: decrease your expenses or increase your income. These are two parts to my four point strategy called the DESIRE strategy.

There are a ton of ways you can decrease your expenses and reinvest into areas you care about. When my wife and I got married we made a decision to have no cable.

Our reasoning was twofold: we wanted to spend deliberate time together rather than watching TV, and we wanted to save money, which we then took and spent on dates.

If there is something you care about, see if you can cut parts of your budget that neither you nor your spouse care about. For my wife and I, it was cable. For you and your spouse, it might be going out to eat, buying fewer gifts, or increasing your credit score to get lower interest rates on loans.

If you have worked your budget and still do not have enough money to get what both of you want, then you need to change what you care about, which is a habit itself, or increase your income.

This is my preferred method because cutting costs can only get you so far, but there is no cap to how much money you could make.

When my wife and I were trying to figure out how we could make more money, I started a small writing business that paid very little, but it was extra money at the time that allowed us to save money for traveling.

Plus, after a few months I was able to quit my job and pursue my writing career full-time. I now earn five times the amount of money I was making at my old job and my wife and I have not fought about money in over a year.

Most financial “gurus” like to make money seem complicated. They talk about amortizations on home loans and P/E ratios on stocks. This is more than enough to make anyone’s eyes glaze over.

A complicated financial system can cause stress and fighting in a relationship. I have met couples that have seven different credit cards and twelve different bank accounts. Each card and account is to be used for a different and exact purpose.

When my wife and I first got married, I kept this fancy and complex budget. I was pretty proud of it at first. I had all of these complex formulas in my excel sheet so I could see how I was doing every month.

Our financial system was too complex. Once we simplified our financial planning to just 15 minutes a week, our relationship improved.

This entire strategy is meant to be a continuous system. It works best when it is repeated over and over again because change is gradual. Life changes; your relationship changes. It is important to adjust your financial life to fit your needs.

Life changes; your relationship changes. Adjust your financial life to fit your needs.

Your financial situation did not occur overnight so it will not be resolved overnight. Depending on the severity of your finances, it could take a few years or only a few months.

Some aspects of the system will not apply to you until later on. For example, I do not recommend simplifying your finances through automation when you have debt.

So if you find yourself fighting about money with your spouse, it might be time to rearrange your budget, start figuring out how you can earn more money, or simplify your finances.

[reminder]What can you and your spouse do to stop, or to prevent, fighting about money?[/reminder]