How Mr. “I Get Buckets” Uncle Drew Uses Basketball as a Teaching Tool 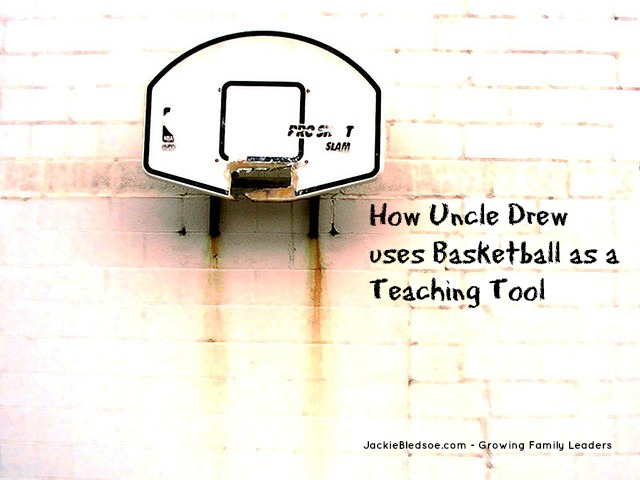 The NBA Playoffs is in full effect right now.  There are some good teams and players still in the playoffs.  But one player I wish would was still playing basketball this post season is Kyrie Irving.

He’s one of the best and most exciting playing today.  And he should be, I mean he learned from Mr. “I get buckets”, his Uncle Drew.  Uncle Drew has some lessons for all of us.

When I first saw the Uncle Drew commercials by Pepsi, I cannot even tell you how many times I watched it.  I watched it by myself, with my kids, my wife, over and over again.

As someone who has played basketball my entire life, I can appreciate that commercial and the reaction of the fans/actors on the sidelines.  Each time that I watched it I heard or noticed something new.

Uncle Drew was using basketball to do a little teaching.  And the teaching is applicable to your life and my life today.

The title for this post, from my series of most popular post is “What You Can Learn from ‘Uncle Drew’.”  Included in the post is the Pepsi & Kyrie Irving commercial via YouTube, “Uncle Drew.”

Uncle Drew is asked to play, and reluctantly agrees.  His first few plays he plays as he looks.  He plays old, slow, out of touch, and out of breath.  Then he makes his first bucket, and precedes to go to work on anybody and everybody who guards him, much to the amazement of those playing and watching.

As I watched the video (multiple times because it is so good) I listened to the comments Uncle Drew was making (in addition to his trash talk).  And I think Uncle Drew is not only a good baller, but he has some wisdom.  He can teach us a few things about life, relationships, and business.  Below are “5 Things I Learned from Uncle Drew”

Question:  Have you, or your kids, learned from experiences playing sports?  Please share in the comment section below.