What You Can Learn From “Uncle Drew” 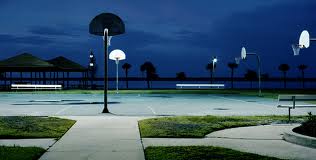 The NBA Finals started Tuesday night, and being the basketball fan/junkie that I am, I was watching of course. During a commercial break, Pepsi aired a commercial that instantly became one of my favorite commercials.  You may have watched it Tuesday night, or seen the viral YouTube video that the commercial is based on.

In summary, a young basketball player goes to play some pickup games and brings along his older, grey-haired Uncle Drew.  During the games a player gets injured and they need another player to replace him. Uncle Drew is asked to play, and reluctantly agrees.  His first few plays he plays as he looks.  He plays old, slow, out of touch, and out of breath.  Then he makes his first bucket, and precedes to go to work on anybody and everybody who guards him, much to the amazement of those playing and watching.  Below is the video.

As I watched the video (multiple times because it is so good) I listened to the comments Uncle Drew was making (in addition to his trash talk).  And I think Uncle Drew is not only a good baller, but he has some wisdom.  He can teach us a few things about life, relationships, and business.  Below are “5 Things I Learned from Uncle Drew”

Uncle Drew is discouraged at the young ballers of today, not practicing the fundamentals.  He understands that in order for us to be good, to perfect our craft, we have to practice.  In everything we do there are fundamentals that need to be practiced over and over again until we master them.  Many times we see the finished product, or the expert, and want to perform at that level, not realizing the work and practice that led to that.  There are no overnight successes, but when we practice the fundamentals in private, it may look like it happened overnight in public.

In the video Uncle Drew pulls his nephew to the side and whispers instructions into his ear.  That is the job of every adult, whether you have children or not, to teach what you have learned over the years to the next generation.  Whether that be the game of basketball, relationships, business, or ministry, it is our duty to teach and encourage those who come behind us.

According to Uncle Drew, his nephew “could be good if he took the game serious“.  The same can be said for you and I.  Whatever it is we are doing, whether for ourselves or someone else, whether it pays or not, we should approach it like it is important.  No matter the task or job, our approach to it will produce equivalent results.  If we approach what we are doing as a joke, then we’ll get “funny” results.  When we approach things seriously, then we’ll get better results.

Be Ready to Play

When first asked to play Uncle Drew said he wasn’t going to play.  However, he was ready the entire time as he already had his basketball shoes on and laced up.  We have to be the same way.  Be ready, be prepared, expect something good to happen.  Good things happen those who plan, prepare, and take action.  If Uncle Drew had on flip-flops he wouldn’t have been able to get in the game, or he could have hurt himself by trying to play unprepared.

As Uncle Drew said, “I get buckets.”  He knows what the game of basketball is about.  It is about getting buckets, putting the basketball in the hole.  At the end of the day we all want to get buckets.  Buckets represent success, accomplishment, and reaching goals.  We all want successful marriages, kids who grow into productive adults, we want to reach the highest point in our profession, and to leave an impact on the world.  We all should know what getting buckets represents in our lives, and then proceed to “GET BUCKETS!”

Question:  Which of the 5 lessons could Uncle Drew help you with most?  Please share in the comment section below.