7 Simple Ways You Can Kick Apathy Out Of Your Marriage 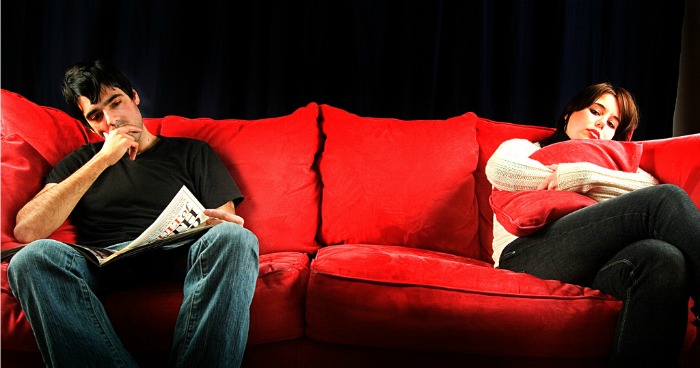 [callout]This is a guest post from Bryan Stoudt, a pastor and blogger who helps people learn to follow Jesus even when life is busy, broken and full of distractions. (And isn’t it always?) You can read more from Bryan on his blog, bryanstoudt.com, and connect with him on Facebook or Twitter. If you want to guest post on my blog, check out my guest post guidelines and submit your post.[/callout]

‘Good night,’ I said, trying to smile and drum up some enthusiasm. I’m not really sure what my wife said in return, but it was probably something similar. In reality, I had already moved on.

On the inside, I was hurting. Frustrated that my wife seemed disengaged. But I didn’t want to admit it. And neither one of us was brave enough to move beyond the status quo.

We were moving toward apathy, an ongoing state of dismissal and distance from each other, accompanied by a lack of emotion that was getting (honestly) kind of scary.

And I didn’t know what to do about it.

Apathy Ought To Scare You

If apathy doesn’t scare you, it should. It’s how those seventy-year-old couples you see at McDonald’s wound up staring at their fries and barely acknowledging each other.

Marriage expert Dr. John Gottman puts apathy (‘stonewalling’) at the end of a journey that predicts divorce with a ridiculous degree of accuracy.

When our relationship is stuck in this last stage, it’s either on – or heading toward – life support.

What are some other warning signs that apathy is present in your relationship?

If you’ve read this far, I’m guessing you’re either looking for solutions or you’re doing okay but have seen enough signs of apathy to know you need to be on guard.

Here are seven ways we can fight apathy today:

We need to get creative and put regular effort into our marriages.

My wife and I still need to guard against apathy, but we have a healthy, growing marriage. By recognizing and fighting against apathy in its various forms we can watch our marriages move in a healthier, more satisfying direction no matter where they are today.

[reminder]What signs of apathy have you seen in your own, or others’, marriages? What are other ways we can fight against it?[/reminder]

Photo by fensterbme via Creative Commons