Team Fundraising: Getting the Players and the Community Involved 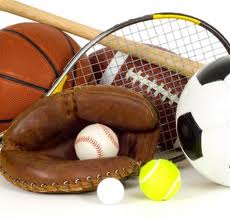 The cost of participating in youth sports is an ongoing and ever-increasing one.  Parents shoulder the responsibility for sports gear, travel expenses, sports camps, pictures, registration fees and more.  As such, fundraising has become a readily accepted practice by players, parents and coaches.

Parents, on the other hand, probably have the least to look forward to when it comes to fundraising.  The idea of fundraisers brings no relief when parents are expected to donate, volunteer and then make a purchase.  Though some fundraisers may ask a lot from parents, there are solutions to help prevent sports parent fundraiser burn-out!  Here are a few ideas for how you can get the community involved, providing an influx of cash that doesn’t come straight from mom and dad’s pockets!

Each player’s family and friends are invited to drop off the stuff they no longer want and the team sells it during a team fundraiser.  The funds can be equally among all those who participated to guarantees that families with less to give don’t get less.  This is the type of fundraiser that makes a perfect team building exercise.  Players will have plenty of time to hang out and talk in between customers.  Add a lemonade stand and a car wash and you have 3 fundraisers in one!

Organizing a can drive in which neighbors of each of the players hold cans back for recycling and “donates” the cans to the team helps the environment and also provides the team with a way that the community can get involved in helping your team in a non-intrusive and affordable way.  The team can pass out announcements to each of their neighbors/friends/family members/teachers/etc. and pick up all the cans on a designated day.  All the funds can be evenly distributed among team members or each player can keep the money from the cans they collect.

Partner with an Area Restaurant.

Work with an area restaurant to organize a “Support the Team” day in which the restaurant donates a percentage (generally 20%) from sales of diners who bring in a flyer.  (This can be a great time to have a team meal if you are already planning one.)  Pass the flyers out at an area shopping mall or church and you have a good chance at increasing the number of diners who will “contribute” to your cause!

Poker and other Vegas style games are fun and are attended by lots of people from teens to couples looking for a new fun date night activity.  To increase the money this fundraiser brings in sell food, drinks, and game chips, plus hold a silent auction with donated items from the community.

Young players will feel more invested in a fundraiser if they have a say in which fundraiser is done and getting kids involved with every aspect of the fundraiser will teach them a variety of skills.  Allow players to contribute fundraising ideas, share budgeting information and the time parameters you have to work with.  Allow players top learn budgeting skills and time management skills!

An example of how you can get the youth involved.

In a Team Garage Sale, involve the kids in…

Just keep in mind, adults should be the supervision for a fundraiser.  They should not be running the fundraiser.  After all this is a “Team Fundraiser,” not a parent fundraiser!

Question:  Have you tried your hand at fundraising for your kids sports?  Please share your experience and any fundraising ideas you have.