Raising an Olympian – Life After the Olympics (part 3 of 3) 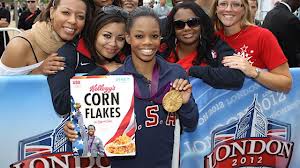 Today is the last day of the 2012 London Olympics.  We have been treated to a wonderful 2 weeks of athletic competition, “Hollywood” like story lines, and overall good entertainment.  Have you ever wondered what happens to the athletes after the Olympics end?  Just what is life like after the Olympics.

I can tell you for my family the TV is going to get a break!  We haven’t watched this much prime time TV for consecutive nights since…the 2008 Olympics! 🙂  So I am looking forward to the break and a return of normalcy.  But what is normalcy for the Olympic athletes?

From the stories I’ve read online and shows I’ve watched I’ve noticed three paths that Olympians typically take when their competition ends.  Let’s check them out.

Go through it all over again

Many Olympians will take a break from training and competition, but before long go right back to it.  The reasons may vary.  Usain Bolt who has accomplished what no other sprinter has in 2 Olympic competitions has said undoubtedly he will be back.  Training for the competition and specifically the Olympics has become ‘life’ for many Olympians, as they have spent a big part of their lives doing so. Whether they are physically able, still have something to prove, and/or want to accomplish more they may just find themselves competing again in four years.

The first athlete that comes to mind is Gabby Douglas.  After becoming the first US female gymnast to win gold in both the team and all-around competition in addition to being the first African-American to win the all-around life will never be the same.  She has been placed on a Kellog’s cereal box, and has been estimated to millions of dollars per year over the next four years.  But what about those who didn’t medal or who didn’t meet expectations?  Some say that in many countries your post Olympic life will reflect your Olympic performance.

Go back to “normal” life

The ‘normal’ life and occupations of Olympians can vary.  From full-time stock brokers and business owners, to actors, janitors to students.  Competition for them at that level may be over.  This could be voluntarily, as Michael Phelps is doing, or it could be from injury, or that fact that they will be past their prime and unable to compete at the highest level needed to qualify for the Olympics.  As a former college athlete at the NCAA Division II level, I can only imagine how different that can be.  I suspect if they use the same drive, determination, and work ethic that propelled them to the Olympics in their ‘normal’ lives that they will be successful.

No matter what…life will never be the same

Although the direction an Olympic athlete goes after the Olympics may vary, one thing is for certain.  That their lives will never be the same.  The Olympic experience, the training, the sacrifice will all be apart of their life.  Some will carry bitter memories, and unfulfilled wishes while others may never experience something as great in their lives.  I have enjoyed them with my family, and we’ll go back to our normal “TV-less” life and be ready to do it all again in four years! 🙂

Question:  If you were the parent of an Olympic athlete, what would be  the preference for your child after what you’ve all gone through and experienced to this point? Please share in the comment section below.

Raising an Olympian part 3 – Life After the Olympics