3 Things to Guard Against When it Comes To Family Dinners 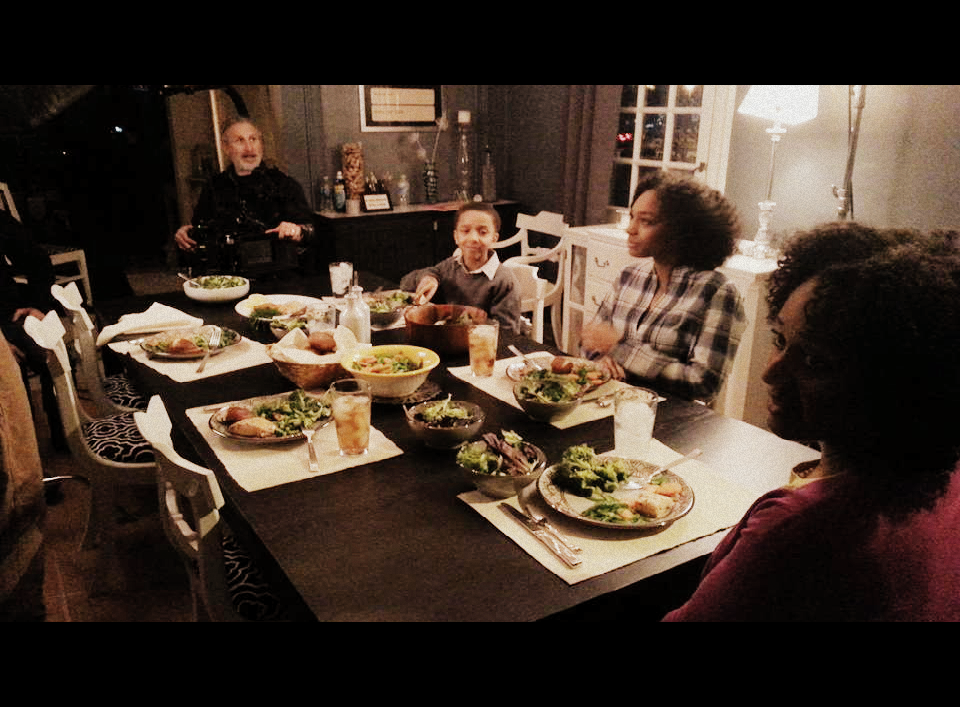 Well, yesterday we entered a new arena, and it’s one I’ve never desired nor thought I’d ever be involved in. Our family had our very first acting gig—yep, all five of us. While our daughter dreams of acting and has done this many times before, the rest of us hadn’t. Surprisingly, we were naturals.

The perfect role for our family

Okay, let me clarify. We weren’t Oscar level actors or anywhere close to that. That’s not what I’m saying. The reason we were naturals in our acting debut is because the roles we had to play and the setting we had to do it in was something we’ve been practicing for years.

We were playing a family of five (go figure!), and the setting was around the kitchen table while we ate dinner and talked to one another. Simple huh? Yes, very simple, and very natural for us. It was natural because this is something we do and have done for the past 15 years.

What goes down at the kitchen table will shape your family

Some studies show that about half of families eat multiple meals together as a family on a weekly basis. I think that number could be more. I also think we have to guard against certain things that can prevent us from having family dinners, and guard against things that lessen the benefit of them.

Here are 3 things to guard against when it comes to family dinners.

As I said we eat most of our meals at home together, and almost all of them at our kitchen table. But sometimes we decide to eat in the living room while watching a movie.

When that happens there is almost zero interaction and it usually ends with about 2-3 different screens going when the meal is finished, which means we aren’t interacting even though we’re all sitting in the same room together.

When life has been super busy we’ve had the tendency to fall into “let’s watch a movie and eat” versus “let’s enjoy one another’s company and eat.” I encourage you to guard against having meals in front of the TV, or with any screens present (see my next point).

Our daughter is an avid reader. She reads so much that sometimes we have to restrict her reading (I know, bad parents huh?). At one point we wouldn’t allow her to bring a book to the dinner table because she’d be head down reading, and unengaged with anyone else.

While we were not allowing her to bring a book to the table, we were doing worse. We were bringing our phones, our tablets, and sometimes our entire laptops to family dinners. So, when someone had to pass the bread, they’d be passing it around a computer, over and around someone who wasn’t paying attention because they had their face in a screen.

Screens at the dinner table are not something you want on the menu. We were such naturals during our acting debut because we were used to gathering around the table and engaging with one another—something that doesn’t happen when screens are present. The absence of screens means the presence of good conversation, which leads to my next point.

The absence of screens and devices at family dinners means the presence of good conversation.

3 – Guard and protect the freedom of speech

After our acting debut, we went out to eat at Qdoba (I know, how ironic). When we finished the filming it was late and our kids were famished after an hour of sitting at a table full of some of their favorite foods that were props (cold props—it was real food, but cold and not all of it was edible).

While eating dinner, I violated the freedom of speech. Our daughter broke the no-screen rule, and I came down on her hard. Too hard, my wife later told me. I basically shut her down after feeling she was being disrespectful in her use of and in her attitude about her phone.

When gathering as a family at the table for meals and other things, everyone must have the freedom to speak what’s on their mind. There has to be respect, trust, and the room to speak. I killed that. This must be protected at all costs, or the integrity and the engagement of your time together at the table will be lost.

As we shot the final take, one member of the film crew said he was amazed at how our family interacted at the table. He went on to say, “You should put that in a book.” Yes, he said that! My daughter looked at me like, “Tell him (about your book)!”

I didn’t mention my book to him, but felt like that was the best and most encouraging compliment he could have said. Not because I’ve written a book, but because he was inspired and encouraged by something that has been so precious and valuable to our family over the years—family time together at our kitchen table.

[reminder]What’s one thing not mentioned that you have to guard against to protect your family time?[/reminder]