Will You Be Celebrating Your 50th Wedding Anniversary? Here Is Why You’ll Want To 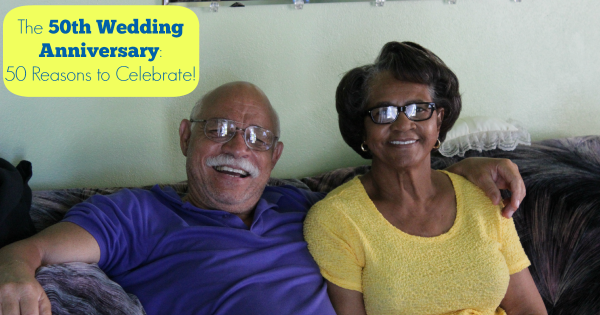 My wife and I’ve been married 13 years, and I think that is a pretty big accomplishment. But 50 years? That is nothing short of amazing.

It takes a lot to reach your 50th wedding anniversary

Seeing my parents at 50 years is inspiring to me. While I know, just like our marriage and just like your marriage, it has not been without challenges, but they’ve overcame them.

We live in a time where it is very easy, too easy, to get a divorce and call it quits in marriage. So, when you see a couple who said “we’ll fight, whether happy or sad, good or bad, we’ll fight and stay together,” it is to be applauded.

In honor of my parents’ golden anniversary, their 50th wedding anniversary I’m sharing 50 reasons to celebrate them for making marriage last a lifetime.

Okay I know I said 50 reasons to celebrate, but I’m running short on time, so I’ll add more later. In the meantime, I need your help. I want you to share your reasons why being married 50 years should be celebrated.

Imagine you and your spouse on your 50th anniversary, what (or why) will you be celebrating? Please share in the comment section below.