Where Your Family Can Watch the 2013 Presidential Inauguration online 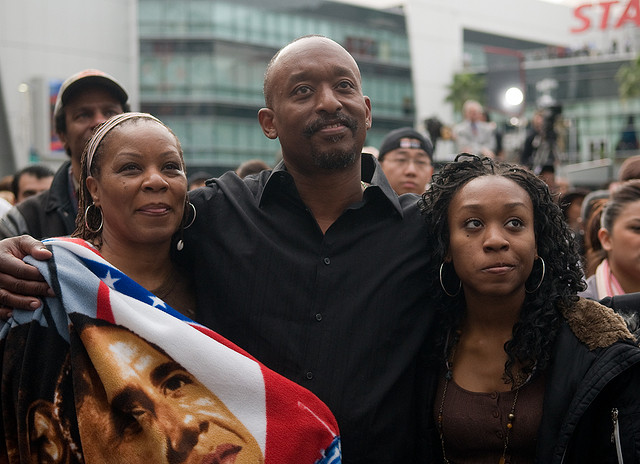 The Presidential Inauguration and MLK Day all wrapped into one.  Today, is a pretty historic day.  Being that we are a homeschooling family we try to use opportunities like this as learning opportunities.  So we’ll enjoy learning about our nation’s process of swearing in president’s every four years, as well as the importance of the day that it falls on.

Regardless, if you agree with President Obama and his policies, voted for him, or not, the fact that we can peacefully do this every four years makes it very special.  Our government and political process is not perfect, but we are not fighting and (literally) killing one another each time a president is elected or is sworn into office.

Some of us do not have to go into our place of work today, while some do.  Whether you are in front of television or not, in a cubicle, or enjoying some extra time with your family, there are many places for you to watch the inauguration live online.

Today, beginning at 11:30 a.m., President Obama and Vice President Biden will take part in the ceremonial swearing-in.   The President will also give his inaugural address during this time.

The Presidential Inaugural Committee is going to stream all of these events live on its website as well as through its iOS and Android app.

The White House is also going to stream the inauguration live on YouTube on Monday, starting at 11 a.m..

ABC News will live stream the entire inauguration ceremony on its site, starting on Monday at 9:30 a.m..

NBC News will feature a live stream on its site and its iOS app starting Monday at 10 a.m..

CBS News is going to stream Monday’s event on Ustream, starting at 9 a.m.

Univision’s Spanish-language live stream of the inauguration starts Monday at 11 a.m. on YouTube.

CNN is not only streaming Monday’s events starting at 11:30 a.m.

MSN News will stream the inauguration live on its site.

C-SPAN will stream pretty much everything on its site, starting Sunday at 7:30 a.m.

The Wall Street Journal will be on YouTube with a live stream as well, which will also be available through its WSJ live apps  on the iPad, on Android devices and various Smart TV platforms.

Ustream has links to a bunch of additional feeds, including live feeds from citizen journalists covering the events, on its blog.

Question:  Will you be watching the Presidential Inauguration, or any of the events with your family today?