What Super Power Would Help Your Marriage the Most? 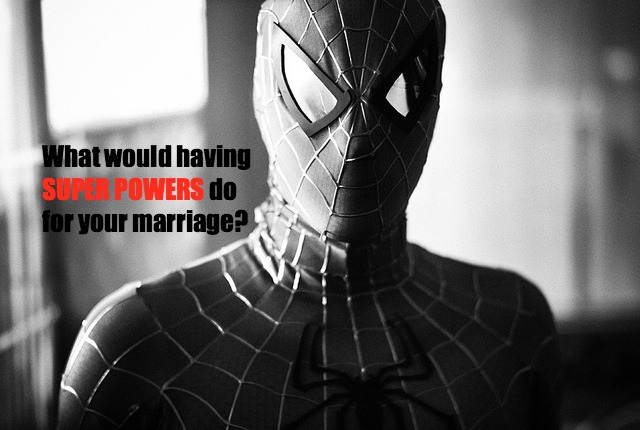 Man of Steel (Superman), The Avengers, The Amazing Spider-Man, The Dark Knight Rises (Batman), Iron Man, and the list goes on. They all take you back to childhood and have you wishing you had super powers — back to imagining what you could do if you had those powers.

Super powers used for the good of your marriage

Well, if you are married you probably wish you had some of those super powers today. They’d be pretty useful in handling some of the issues you face as a husband.

Click the following link to see some super powers that would make you the man in your marriage.  10 Super Powers Every Husband Wished He Had.

After you check it out come back and share what your favorite super hero power is, and how having it could help your marriage.