What Steps Was Whitney Houston Taking For A Successful Comeback? 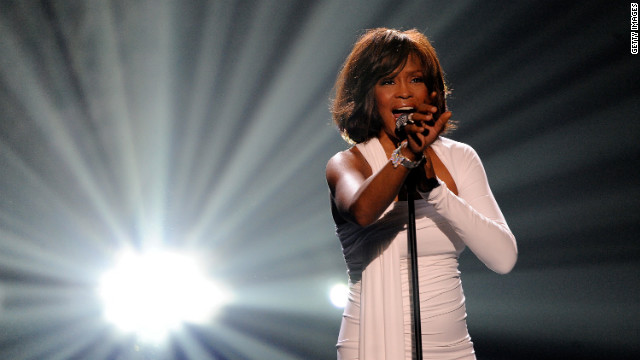 While watching and reading about the coverage of superstar Whitney Houston’s unexpected death one of the things that stood out to me was the discussion of her making a comeback.  Many people who listened to her music, me included, were hoping and waiting for her to make a comeback to the star with the impeccable vocals that we once knew.  A comeback that restored her life before drug use damaged it.  Her death coming prior to that comeback almost leaves a feeling of being cheated.  Cheated from experiencing and witnessing greatness and from sharing that greatness with a generation of people who never had the experience.

Whitney’s unfulfilled comeback left me thinking of similar stories such as Mike Tyson.  Tyson, once known as the baddest man on the planet, failed to live up to that almost invincible level of boxing after his fall from the top of his sport.  Some may put Micheal Jordan’s comeback with the Washington Wizards in this category, as well as Micheal Jackson’s attempted comeback from child molestation allegations and trials. However, just as there are many unfulfilled comebacks there are many fulfilled.  Comebacks such as Lance Armstrong winning multiple Tour de France races after being diagnosed with cancer, Abraham Lincoln’s losing multiple election before being elected the 16th U.S. President, and the 2004 Boston Red Sox comeback to defeat the New York Yankees being in a 0-3 game hole.

What is it that we can learn from the failed comebacks, the almost comebacks, as well as the successful comebacks?  Let me share what I learned about successful comebacks from a recent high school basketball game I watched.  A game in which the winning team was down by 21 points with 4 minutes left in the 3rd quarter, had given up more points by the end of the 3rd quarter than they had any complete game all season, yet finished the game by scoring 58 points in the final 12 minutes of the game to win by 9 points.  This was indeed a comeback for the ages!  Below are the 7 steps that I noticed which enabled them to make such a phenomenal comeback.

1) Realize you are losing

The first step to any comeback is to realize that the way things are going will eventually lead to you losing. In the high school basketball game the first thing they did was realize “we are going to lose this game!” This was a team with only 2 losses on the season, 12 straight wins, and ranked the #1 team in the entire state.  Losing was not something that happened to them, nor was it expected.  We must come to a realization of your current (losing) situation.

After realizing they were heading to a loss, the coach called time-out.  It was time to get away from the situation and look at it without any pressure.  I’m not sure if any strategic adjustments were made in that time-out, but it did provide a relief from the losing situation they were in.  Even if that relief was only for a minute or so.  It served the purpose-STOP THE BLEEDING!

Make up in your mind that you are not going to lose.  Sometimes it may take getting angry at the situation or even yourself.  Bottom line is make the decision..”I am not losing, not today, not tomorrow, not anyday.” You could see the resolve in this high school team.  The resolve to refuse to lose.  The deficit did not matter, they decided in their minds they would not lose.  Once you do that various emotions may come out, just make sure the emotions and energy is used in a productive way.  Leading to the next step…

Adjustments are needed if we want to make a successful comeback.  In the basketball game one of the adjustments made was to actually play some defense.  After giving up 85 points through 3 quarters, they only gave up 13 points in the 4th quarter.  The team was visibly angry and frustrated.  This emotion came out in their defensive effort.  A commitment to defend better produced different results.  The same for us, if staying up late every night is causing you to wake up late in the morning, then go to bed earlier.  If eating unhealthy foods is causing fatigue and sickness, change your diet.  To make a successful comeback changes must be made.

One reason many comebacks fail is because after beginning to make changes the person, family, or team (organization) gives up.  Typically once changes are made things don’t get easier, they get more difficult. In spite of this, we must never give up.  We know what our previous actions are leading to…losing.  So fight and never give up.

6) Give your very best effort

As I said in the previous step.  It may not get easier, so our effort is going to have to be that much better. In fact, it just may have to be the very best effort we have ever made.  The final 12 minutes of that basketball game was probably the best I had seen this team play.  They played harder, smarter, and more determined than ever and the results showed in a major way.  We have to give or very best effort!

Those times when we are fighting to comeback and to make major changes there will be people or things that do not encourage what we are doing.  This is where having a close circle of people that are rooting for your success and encouraging what you are doing is paramount.  Although this high school basketball team was playing away from home, their cheerleaders and their fans were there encouraging them.  Even with that encouragement their primary communication was with their coaches and teammates on the bench.  That was their inner circle, and to make a successful comeback you need a close circle of people that you communicate with, receive counsel, and encouragement from on a consistent basis.

I am not sure what Whitney Houston or any of the other people mentioned above were doing to make their comebacks successful, but I witnessed an amazing comeback and each of the 7 steps above were involved.  At some point in our lives we will all come to the point where a comeback is needed.  I encourage you to implement the 7 steps I’ve mentioned to help you make a wildly successful comeback.

Have you experienced or witnessed successful comebacks in your life or the lives of your family or friends?  Did you notice the use of any of these 7 steps?  If so, please share more in the comment section below.