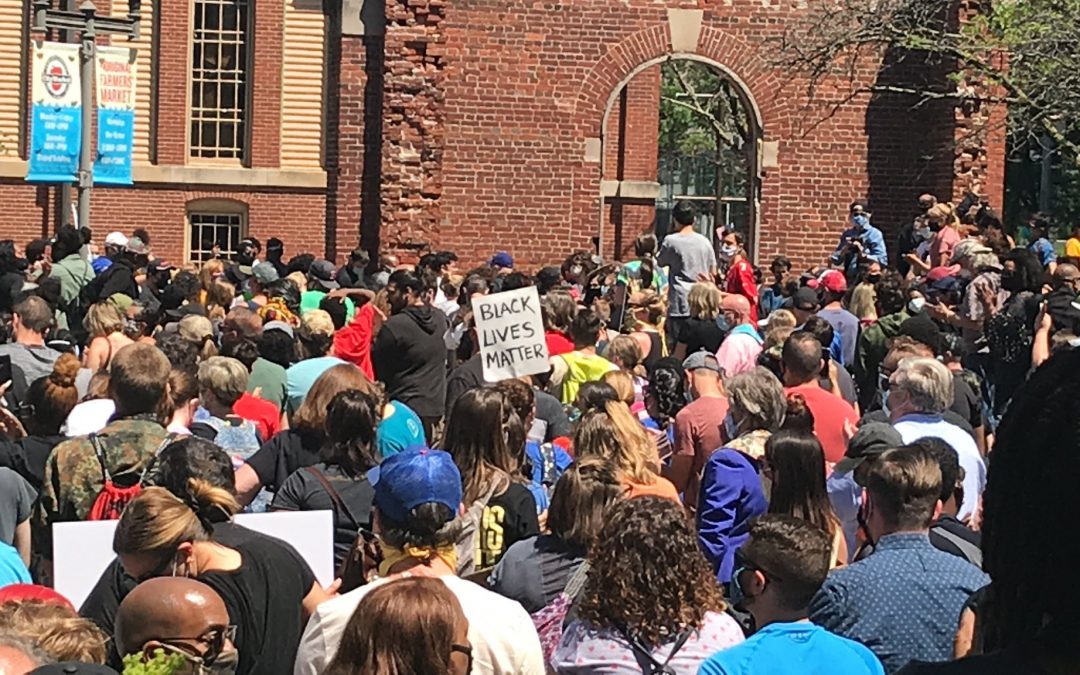 [callout]This post originally appeared on my personal Facebook Profile right after the Ahmaud Arbery video was released. After George Floyd’s murder and all that has followed, I had to share it here on my blog. This post is raw and only contains minor edits (adding George Floyd’s name since I originally wrote it before his murder).[/callout]

What was supposed to be a fun and exciting weekend turned out to be a tragic one for our family. The doctors and police told us he was in the hospital because he was suffering from DTs and seizures (he had never had a seizure in his life). I had no idea what DTs were.

But whatever happened to him resulted in bruising and bleeding on his brain, knots on his head (he had an afro so you had to sift through his hair to see the knots and bruises), and it caused him to not be able to speak coherent words…his words came out as jibberish.

And it caused him to flinch, almost jump out of his hospital bed anytime someone other than a family member walked up to him.

Of course, we later found the truth. He was beaten, beaten to death basically, as the death certificate stated “blunt force trauma” as the cause of death. The way it was described showed that his head was slammed against walls or floors repeatedly.

Those words “blunt force trauma” have been etched in my brain since then.

Although the death certificate and witness reports stated the obvious, that he was beaten by police, the case was never prosecuted.

I still remember all those conversations my dad, his siblings, and my grandfather were having…I still remember the name of the police officer who was the main person doing the beating.

Our family organized a march around the city-county building (the march got covered by the local newspaper), we got legal help, and one of my aunts practically read enough books and did enough “law school-type” study that she probably could have gone toe to toe with some real attorneys.

But nothing…no arrests, no convictions, no justice whatsoever…not even an “officer placed on leave” or anything like that.

And it didn’t matter that my uncle was a Vietnam Vet (who was awarded some sort of heart or star medal).

In fact, one of the people who was over those officers and the jail, the sheriff I believe, later became the mayor of our city.

How hurtful was that to our family. And I believe eventually, those officers, who did the beating, got promoted as well.

Sadly, our story is not unique at all.

From murders by law enforcement or “regular” people taking the law (and others lives) into their own hands to outright lynchings like what happened to George Floyd, to Ahmaud Arbery, to Breonna Taylor, and the long list of black lives that have been taken like this…people of color have lived under this for every generation in this country.

Because of this, I grew up being taught to be cautious and careful in how I carry myself in situations when I shouldn’t have to think twice about anything.

I’ve been raised knowing that I could be perceived as a threat to others (all 5’6″, 142lbs of me…probably no more than 110 lbs back then), so I should do all I can to minimize being perceived as that threat.

I teach my boys (and our daughter) the same thing. We’ve had this conversation in our household way too many times…it’s just stupid.

I hate talking about this stuff and normally don’t publicly. I’ve never talked about what happened to my uncle before.

I’ve seen it, lived it, experienced it, have friends and family all with similar stories. I don’t need to hear about, read about, or see a video like George Floyd or Ahmaud Arbery to make it real, but when I do its just a big frustrating and hurtful reminder of all those things.

I know I’ll keep doing what I’ve been taught to do, be overly cautious and watch how I carry myself and sometimes let stuff just go.

And be very skeptical of those police reports and accounts of what happened in similar situations.

I’ll also keep teaching my kids the same thing and keep praying for them like crazy, and keep trusting God, hoping one day we don’t have to live like this.

But I don’t know…my words alone aren’t enough…my actions or even the words and actions that many people who face the same issues don’t seem to be enough.

At some point, people who aren’t impacted by these things, who don’t have to live like this, who don’t have the same skin color, will have to step up collectively and be a voice and take real action for those and alongside those of us whose voices have been squashed all this time.

The news of George Floyd and Ahmaud Arbery may fade away at some point, but the challenges we face will not.