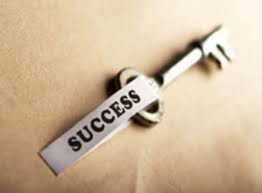 I have noticed one common thing with successful people. I am now certain that this one thing is what makes them different from those who do not achieve what we desire. If you are willing to do this then I think you will greatly increase your chances of being successful.

You have to be willing to look FOOLISH!  That is it. Look foolish.  Be successful.  Doesn’t make sense to you?  Keep reading and it will.

As I look through history man of the most successful people where foolish people in the eyes of others.  Check out the example of the gentleman below:

There was a guy who began to build a big boat in a place where the people had never experienced rain, nor was there a way to get his boat to a body of water large enough support such a large boat.  He worked day and night for years to build this boat, only to be mocked and end up the butt of jokes.  When that boat was finished this “foolish” person, along with his family, were the only survivors of a flood that wiped out the entire human race.

Of course that is the story of Noah in the Bible.  There are many more examples from the bible similar to this story.  A young shepherd boy, named David, dared to fight a giant of a man.  This giant man, was raised and trained as a warrior, and David decided to fight him with only a slingshot and some stones.  He became successful in that fight, as well as later becoming a great king.  There was the young boy who had a small lunch (5 loaves of bread and 2 fish), who gave his lunch to a “teacher.”  This teacher fed 5,000 people with this young boy’s lunch.  And of course the 33-year old man who said he would tear down the temple and raise it again in 3 days.  He was indeed successful in doing so even though he was set up, arrested, mocked, beaten, and eventually murdered.  That “temple” indeed was raised again 3 days after his death.

Faith Connects the “Foolish” to Success

There is a quote in Mark Batterson’s book, The Circle Maker, that captures the connection between foolish looking people and obtaining success.  The quote reads “Faith is the willingness to look foolish.”  When a person believes in something so much that the opinions of others, and even their own negative thoughts do not matter, success follows.  A person has to be willing to put themselves “out there” and risk embarrassment.

If you are unwilling to risk looking foolish then in most cases you will not do what is necessary to be successful.  This willingness means you have so much faith in yourself, your product idea, and/or God that it renders all else useless.  This faith grows to the point where you become unstoppable in your quest, and will do almost anything to accomplish it.  Your actions may make you look foolish, and what you say may make you sound foolish, but it doesn’t matter because your focus is on the end result of your quest. When you believe like this, it is like sharing a story that you have already experienced the ending to.  The people who do not believe just don’t see what you see.

Are You Willing To Look Foolish?

To be successful you have to be willing to look foolish.  You may not end up looking foolish, but you have to at least be willing.  When you reach this point, there is nothing that can stop you from achieving your dreams and being the best you can be.

Question: Do you have a dream that others may laugh at if you shared it?  If so, this is the dream you need to pursue.  If not, dream bigger!