The other night I was watching one of the ESPN 30 for 30 episodes with my kids. It was the newest release about the story of heavyweight boxers Evander Holyfield and Mike Tyson, called Chasing Tyson. 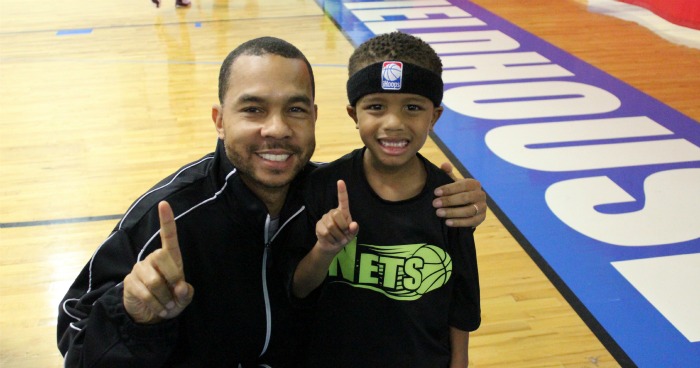 Our youngest son Joshua turns 6 years old tomorrow, and he’s always had a unique perspective on things. But what I learned from his reaction while watching the show taught me a thing or two about how our perspective impacts our view of life.

This 30 for 30 episode followed the story of Holyfield’s career, and how he always played second fiddle to Tyson. It didn’t matter that he was a decorated boxer in the amateur and professional ranks. He’d won an Olympic bronze medal, was the world cruiserweight champion, and later the undefeated, undisputed heavyweight champion of the world. Tyson still got the headlines, and Tyson was still the standard in boxing at the time.

For me, like most of us, “Iron” Mike Tyson was pretty much unbeatable through those years. Even after he lost by knockout to someone very few people had heard of—Buster Douglas. We viewed Tyson as the “baddest man on the planet,” the bully of boxing, a knockout artist, and somebody nobody in their right mind would face.

So, as we watched Chasing Tyson I remember how I felt watching Tyson vs. Holyfield and expecting Tyson to pummel him. Although I knew the outcome of their fight, watching it still had me feeling like, “Wow. That was unexpected.”

But, our son Joshua. He knew nothing of their story. So, he watched with no preconceived thoughts. As they replayed the fight, Holyfield easily began to get the best of Tyson. Actually, he began to pummel Tyson. And then Joshua began pleading to the ref on TV (yes, he talks to the TV during sporting events . . . just like his dad!). He was saying, “Stop it, why won’t he stop it.” To him, Mike Tyson wasn’t a bully or the “baddest man,” but somebody smaller who needed somebody to get that man off him.

Seeing What Was Obvious

Looking at it through the view of a 6-year-old boy made sense. Holyfield was bigger—actually a lot bigger. He continued to push Tyson back against the ropes without Tyson giving much resistance or having the ability to stop him. Holyfield was apparently a better boxer as he landed more punches and hit him harder. My initial view wasn’t clear, and even 20 years later it was still hard for me to see what was obvious: Holyfield was better than Tyson.

This entire scenario showed me the importance of our perspective, and I want to share a few insights that I believe will be beneficial to you.

In the end, the outcome of that 20-year-old fight was still the same. My son wasn’t surprised at all, and I walked away with some new understanding about how he sees people and events. We should consider our kid’s perspective and try to view life the way they do more often.

Consider your kid’s perspective and try to view life the way they do more often.

Question: Has your kid’s perspective ever changed how you see people or situations? You can leave a comment by clicking here.