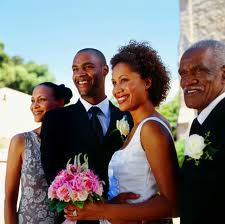 It’s Friday and that means my friend Shawn Snyder, from The Odd Couple Blog, and I are teaming up on our weekly marriage blog.  Shawn will share her thoughts (in green) on the topic through the eyes of a woman/wife, and I’ll share mine (in blue) through the eyes of a man/husband.  This week’s topic is Do Your Kids Want a Marriage Like Yours.  This post will conclude our series, I hope you enjoyed!

Marriage role models.  That’s what we are.  To our kids.  To singles.  To other married couples.  Whether you like it or not, when you are married you are a “role model.”   The question is are you a good role model, or a bad role model?

As a kid I always had an athlete I wanted to be like.  Somebody I looked up to.  When I became an adult I began looking up to successful entrepreneurs.  Sports was my biggest interest as a kid, and entrepreneurship one of my biggest as an adult.  So naturally I looked to those who did it best, who were successful, and who really loved what they did.

But what about marriage?  More people get married than go pro in a sport.  The same can probably be said for entrepreneurs.  I have yet to see or hear a child say, “when I grow up I want to be a husband just like that!”  You may argue that many young girls have a desire to get married, but do they have a “wife role model?“

Some debate whether athletes or entertainers should be considered role models.  I’m not sure, but they are thrust in the spotlight and into the “role model” position so with that does come a level of responsibility. The same goes for marriage.

Whether married couples like it or not there are other people watching your marriage.  Your co-workers, your friends, other married couples, singles, and most important your kids.  When you commit to marriage you have a responsibility.  First to God, your wife, and the children you bring into that marriage.

When your kids grow up…

More than likely your kids are going to get married.  When they do, you want them to be as prepared as possible for what marriage brings.  The good and the bad.  If you are married you’ve probably said “nobody told me it would be like this!”  We prepare our kids for almost everything else.  Maybe marriage should be included in that.

I don’t want our kids asking that question.  Just like everything else, I want them to be as prepared as possible.  I may not be able to prepare them for everything, but I will do my best to equip them to handle everything.  And if they have a marriage like ours, then they can feel comfortable they can live with that.

Our Marriage In A Mirror?

This week’s blog in our marriage series is an interesting one. We are looking at if our kids want a marriage like ours. With two of my children married it is interesting to watch how they communicate with each other and how they have developed into their relationships. They both married people who have the same belief system that our kids grew up in. And I do see some of the struggles in their marriages that we had in our own as a young couple. Money, growing use to having someone with you 24/7 and acting as a pair instead of an individual where some of the hardest things for us in the beginning and so it seems with our kids as well.

It will be up to them to decide what is the most important in their marriages. Our hope for them is of course to grow stronger in their spiritual walk and to do that together. That has been the strongest thread that has kept us together during the hard times of marriage. We are learning that the best way to support this is to pray for them and to let them know about those prayers as well.

Our kids have seen their father treat me with kindness and respect through the years. It is also one thing he demanded of them as they where growing up, always treat mom with respect. I see that in my kids as they deal with each other asking what the other would like to do. Right now, my daughter-in-law has a terrible flu and I love watching my son take care of his wife. I love my daughter-in-law for how she brings out the man in my son.

A Better Brand Of Marriage

Do our children want a marriage like ours? I hope not, I hope they create their own special bond with their mates. I know all the flaws and creases in the marriage I have and I pray the kids can be spared some of the bumps and bruises that we have gone through over the years. I want the kids to have marriages that serve the Lord and create a new generation that will be lead to do the same.

Question:  Does your marriage lead people to believe marriage is good and ‘worth it’ or bad and something to be avoided?  Please share in the comment section below.