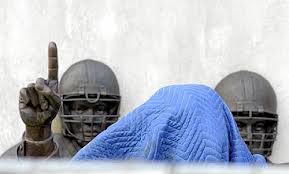 I just read the news that Penn State got one of the harshest penalties the NCAA has ever given out. This is all due to the fallout and revelations from the molestation conviction of former coach Jerry Sandusky, and the universities attempt to conceal or ignore it.

While watching ESPN, I heard one analyst say these penalties hits Penn State’s past, present, and their future.  And it hits them hard!

If you are unfamiliar with this story, go to ESPN and watch until you can take no more.  Here are some of the penalties Penn State football program received: vacate of all wins from 1998-2011, 4 year ban from postseason competition,  $60 million fine, probation and the loss of scholarships.  I believe there are lessons in this for all of us.

5 Lessons of How Bad Choices Can Affect Our Past, Present, and Future.

Like the analyst said, these sanctions affect Penn State’s past, present, and future.  The reach and the amount of people impacted by these are disproportionate to the individual that committed the crime and the small group of people that had the chance to report or even stop it.  Yet, I am certain the victims feel it can never be enough.

We have choices in everything we do.  Every single one of our choices will have consequences. When you make choices today, think to yourself, what type of consequences can result from this.  Then choose wisely.

Question: Do you think the sanctions Penn State received were too harsh, or not harsh enough? Please share in the comment section below.