3 Ways to Affair-Proof Your Marriage 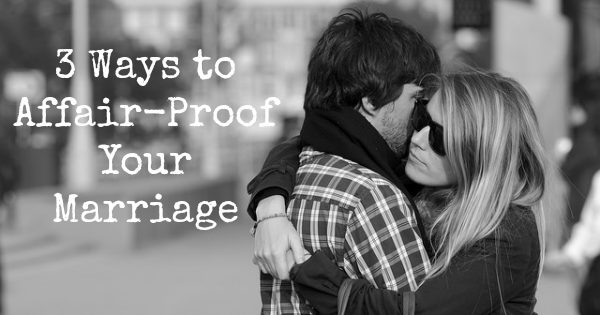 Last week Stephana and I recorded our first interview for our new 7 Rings of Marriage Web Show. The idea of doing a web show came to us last summer. And after creating the 7 Rings of Marriage last fall we finally had the perfect platform for the web show, marriage curriculum, and eventually our book.

Our first interview was pretty amazing, and has us excited about the upcoming interviews we have for the first series. One of the reasons the interview was so amazing was because the couple we interviewed is awesome, and has a story that must be heard.

This particular couple has survived an affair, and not only have they survived it, but they are thriving and now helping other couples transform and restore their marriages.

Affairs in marriage are very common

As I reflected on their story, I couldn’t help but think of the many couples who have not had to deal with infidelity in their marriage, but could fall victim if not careful. The infidelity statistics are alarming, and should be warning signs for all couples. Here are a few stats:

Wow!! Like I said, this is alarming. It can be discouraging, and leave you feeling hopeless against infidelity in your marriage. However, there is hope, but you have to have the proper tools to keep infidelity out of your marriage.

My friend, Kevin Bullard of Marriage Works! has shared these tools in his book to help couples affair-proof their marriage. Here are 3 ways from the book to affair-proof your marriage.

1 – Know the truth about affairs

There are several myths about affairs which can be stumbling blocks for those who aren’t aware of them. Two big myths are “affairs just happen” and “I could never have an affair.” As you see from the divorce statistics this myth is far from the truth!

Affairs happen when one or both people have an unguarded or unarmed heart. This may be the foundation of an affair, in addition to many other problems in marriage.

3 – Kill of the elements of an affair

There are six elements of an affair. Once you learn these elements and begin to kill them you can live without the fear or concern of a marriage.

Is your marriage protected?

Kevin goes through each of these in detail in the eBook, and provides an assessment to show you how well you are protecting your marriage from an affair.

The eBook is a must read for married couples of all kinds and years in marriage. And especially for those who do not want an affair to rock their marriage, which should be every married couple. Because as Kevin says in his eBook, The Affair-Proof Heart,

“The great majority of people do NOT go into marriage thinking, ‘I can’t wait to cheat on my spouse!’ Actually their thoughts are probably more on these lines, ‘I hope my spouse doesn’t cheat on me!'”

Grab the resources to make your marriage last

This week you can purchase The Affair-Proof Heart for just $4 during the #Built2Last Marriage Sale on the Marriage Works! site. I encourage you to not leave your marriage defenseless against an affair. Your marriage is worth way more than a $4 investment (which is the cost of a cup of coffee today).

You can also buy the entire bundle of #Built2Last Marriage resources for just $19, which include 12 eBooks and audios plus 2 bonus resources! Just use the code BUILT2LAST at checkout.

What are you doing today to affair-proof your marriage?